Somalilandsun-DP World, the United Arab Emirates-based maritime conglomerate, has announced that Ethiopia will become a shareholder of the Port of Berbera in Somaliland, a crucial site for Middle Eastern trade, strategically located along the oil route.

This announcement follows an agreement that was signed by DP World and the Somaliland Port Authority in Dubai on March 1, 2018.

DP World will hold a 51% stake in the project, Somaliland 30% and Ethiopia the remaining 19%.

The government of Ethiopia will also invest in infrastructure to develop the Berbera Corridor as a trade gateway for the inland country of Somaliland, which is one of the fastest growing nations in the world. read more

The raggedy cargo truck drives onto the ferry which immediately sinks deeply into the water, only seemingly buoyed by the grace of mother nature. The truck appears misplaced on the ferry, but locals assure me that this is the cheapest and quickest route to the final destination. “This is Africa” is often an overused phrase, but this truck is a microcosm of the continent’s transport and logistical challenges (and subsequent investment opportunities).

It is an often overlooked fact, but only about 30% of African roads are paved, and 50% remain in “poor condition,” according to the United Nations Economic Commission for Africa. It is this reality that makes shipping cement from Shanghai to the shores of Djibouti about 60% cheaper than shipping from Ethiopia’s capital Addis Ababa to neighboring Djibouti by road. This statistic does not indicate better things for ports. The same UN report estimates that Africa’s ports productivity is mere 30% of the international norm. This is logistics in Africa. But why? read more

Somalilandsun – Due to The Development of the country, Pontus Marine Limited which is Somaliland’s First global Fishing Company with its aim of focusing on supplying quality fishery to domestic and overseas market Welcomes Local Investment Participation to Somaliland.

Speaking to Somalilandsun Mr. Ahmed Abdulqadir Ahmed Public and Communication Manager to Pontus Marine said that Their Company is launching a Development Program to the Country towards Fishing Opportunities read more 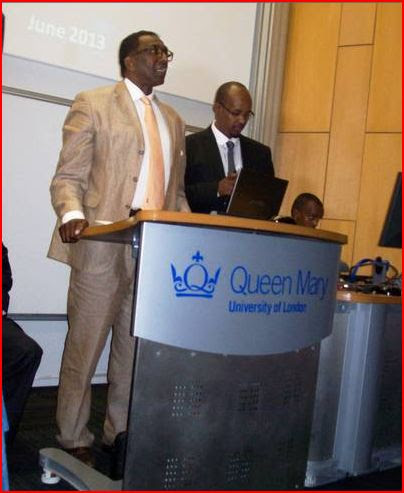 (Medeshi) – A company named Pontus Marine Limited to trade by shares for the development of the fisheries business in Somaliland was launched today at the People’s Palace Hall at Queen Mary University in East London. The executive director of the company Mr. Mohamed Yusuf who also owns the Invicta Capital Limited said that the company was being launched after a through research and a feasibility study that showed the prospectus of potential fishing business in the ports of Maydh in Sanaag and Bebera in Saahil of Somaliland. The company will start the first phase of the work from Maydh port where the  company will initially use pontoons as a temporary service  while the port is being developed .
Mr Yusuf said that ” although this is unique business initially based in Somaliland , it will eventually extend along the coast to Somalia in the future”.
[youtube http://www.youtube.com/watch?v=cs4YLHhP62A]
The company decided to establish a fisheries operation in the  Gulf of Aden ( initially based in Maydh and Berbera) which is  one of the most productive phytoplankton and zooplankton areas in the world, sustaining rich feeding and nursery grounds for more than 600 fish species , including high value species like tuna, lobster, cuttlefish, shrimps, shark and many more… read more

www.guulgroup.com Guul Group (GG) is operating or investing with a diverse number of companies from different industries as part of its varied and growing portfolio across Somaliland and potentially the Horn of Africa. The company is both dynamic and entrepreneurial; purposefully pursuing emerging markets with an emphasis on innovation, growth and ethos. A business that invests, continuously seeks investment opportunities, provides forward thinking services whilst striving to ensure that there is a great push for Corporate Social Responsibility. GG provides investment opportunities with the aim of bringing and working with foreign investment and strategic alliance partners on projects in Somaliland and potentially other Horn of Africa markets, which earn considerable/realistic profits for the investors through investments and projects that have a substantial potential return on investment (ROI). We are constantly looking for new ideas, opportunities and partnerships, please get in touch: growth@guulgroup.com. read more

With increased economic activity throughout the Horn and East Africa the regions’ ports are more important than ever. Mombassa and Dar es Salaam are at full capacity, Djibouti is undergoing further expansion, which leaves Berbera Port the only other viable entry/exit point until the Lamu development is completed. Berbera Port sits in a very strategic location on the Red Sea and looks set to become a major port in the region for Somaliland, Ethiopia, Somalia and South Sudan. Somaliland’s government has signaled its eagerness to attract Foreign Direct Investment (FDI) projects and views the upgrading and expansion of the port as integral to the development of the Berbera Corridor. In recent years a number of companies including France’s Bolloré Africa Logistics, the Hong Kong based, Hutchison Port Holdings (HPH), and Holland-based, APM Terminals have expressed an interest in playing a role in the Port of Berbera. With the green light having been given for privation already bids are being placed with Somaliland’s National Tender Board with regard to securing the rights to manage the Berbera petroleum storage facility. Companies such as Hass Petroleum, Jet Oil and Red Sea Petroleum have already thrown their hat into the ring. The likelihood is that further interest will follow and before too long Berbera will be in a position to offer effective competition to Djibouti. read more